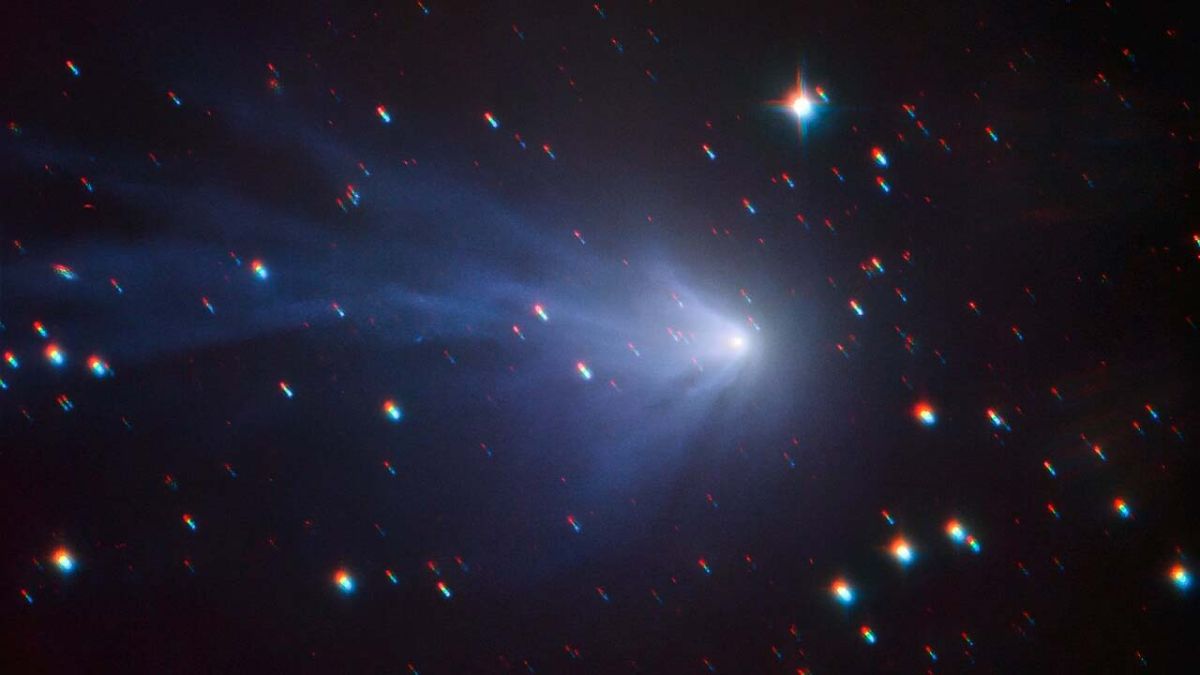 Metal atoms were surprisingly discovered in the cold atmosphere of the first known interstellar comet that visited our solar system, a new study finds.

Astronomers have also detected metal in the cold halos around comets local to the solar system, which suggests that our solar system comets and the interstellar visitor may have similar origins, researchers add.

Comets that consist of dust and ice left behind by planet formation could give key clues about the chemistry of early planetary systems. Scientists often deduce the composition of comets by examining the clouds of gas and dust known as commas that surround the hearts of comets.

Scientists usually do not detect metals such as nickel in comet commas because their surfaces are usually too cold for metal to evaporate. Exceptions to this rule are comets passing or diving into the sun, when temperatures can easily exceed the 800 Fahrenheit (425 degrees Celsius) needed to form nickel vapor.

The discovery was unexpected – when astronomers first saw these nickel atoms in January with the Very Large Telescope in Chile, 2I / Borisov was far from the sun, with an estimated temperature of minus 135 degrees F (minus 93 degrees C). They detailed their results in the May 20 issue of the journal Nature.

In an independent study also appearing in the May 20 issue of Nature, astronomers discovered gaseous nickel and iron in the cold commas of about 20 solar system comets of many different types. The wavelengths of light of these metals, which they detected with the Very Large Telescope, were clandestinely visible, mixed between the light spectrum of other molecules in the commas.

The amount of iron and nickel released by these comets was small – only about 1 gram per second, compared to the about 220 pounds. (100 kilograms) of water per second produced by the comets. Coincidentally, the amount of nickel these comets produced per second was almost exactly the nickel content of a U.S. five-cent coin, or nickel.

“It’s usually 10 times more iron than nickel, and in those comet atmospheres we found about the same amount for both elements,” Damien Hutsemékers, a researcher at the University of Liège and co-author of the study, said in a statement. “We came to the conclusion that they could come from a special kind of material on the surface of the comet’s core, sublimating at a slightly lower temperature and releasing iron and nickel in almost the same proportions.”

As to why astronomers have overlooked metal atoms in these comet atmospheres, even though the light spectra of many of them have been visible over the past 20 years, “probably so far none of the observers who have seen these spectral signatures of nickel or iron, even could not have imagined that gaseous metals could be present in such a cold environment, and left them unidentified, “Piotr Guzik, an astronomer at Jagiellonian University in Kraków, Poland, who co-authored the 2I / Borisov study, told Space.com.

It remains uncertain how all of these comets can generate metal at such cold temperatures. One possibility is that severe ultraviolet light from the sun could separate nickel molecules in comets.

Overall “the fact that even as small a particle as nickel is present and in the comet of interstellar comet Borisov and comets observed in the solar system suggests similar conditions at the time and place of their birth,” Guzik said.