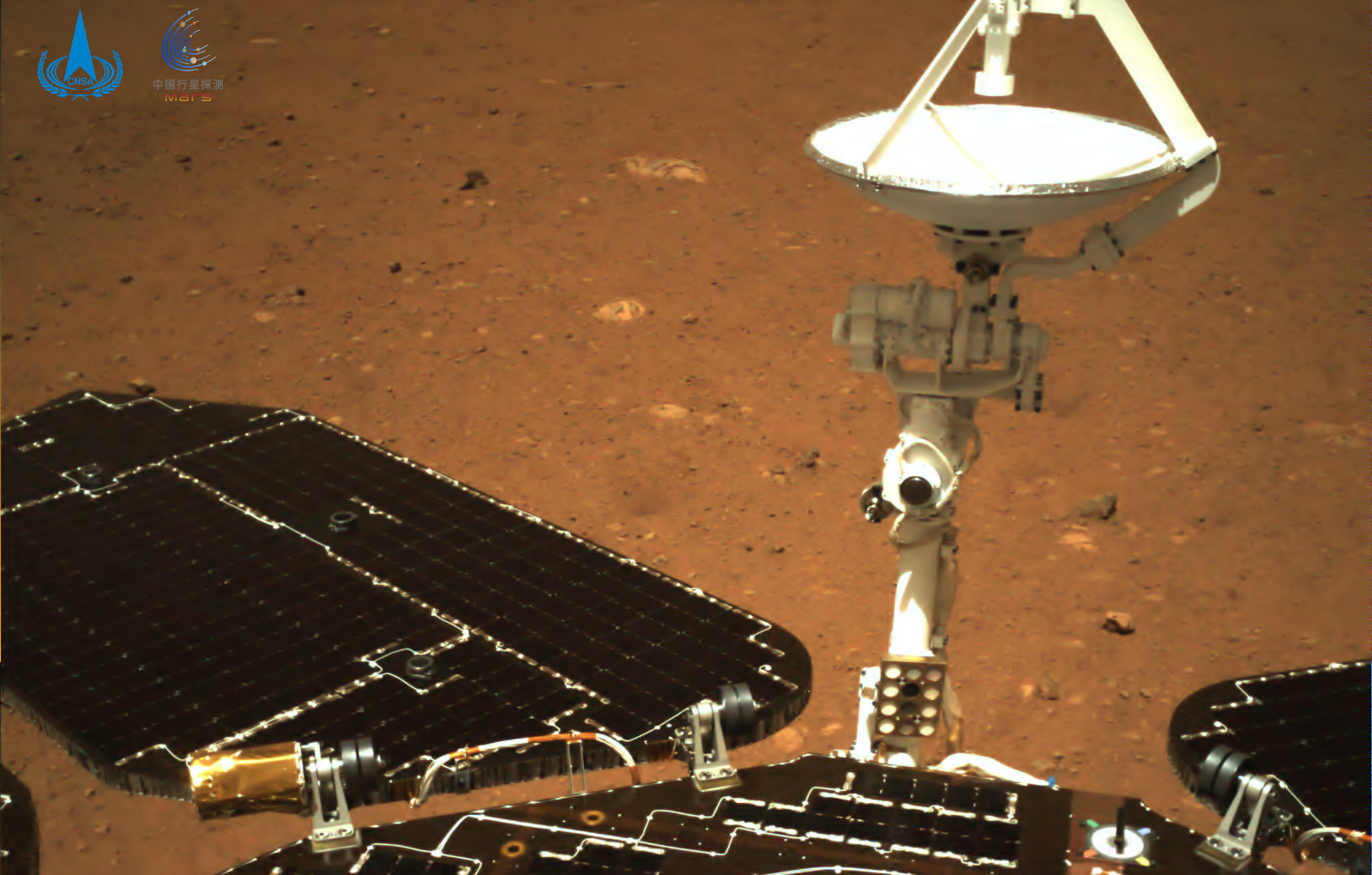 China’s space agency has released the first photos taken of the Zhurong Rover on Mars, showing parts of its lander and the red planet itself. The Tianwen-1 mission reached its target on May 15, making China the second softest nation on Mars after the United States. One of the photos is a color image (above) made by the navigation camera mounted on the back of the research vehicle. It features Zhurong’s solar panels and deployed antennas, along with a view of the planet’s red soil and rocks.

The other photo (below) is a black-and-white image made of an obstacle avoidance camera installed in front of the research vehicle. It was captured by a wide-angle objective, so it shows not only a ramp from the landing extending to the surface of the planet, but also the Martian horizon. In addition to the two images, the mission survey returned a video showing how the lander and the spacecraft separated from the orbiter during the landing.

“Congratulations to the Chinese National Space Administration on receiving the first images of Russian researcher Zhurong! As the international scientific community of robotic researchers on Mars grows, the United States and the world look forward to the discoveries Zhurong will make to advance the knowledge of the humanity on the Red Planet. I look forward to future international discoveries that will help inform and develop the skills needed to land human boots on Mars. “

On May 21 or 22, Zhurong will go along the ramps you see in the black-and-white photo to join NASA’s Curiosity and Persistence on the surface. It will explore a part of the planet called Utopia Planitia, using its six instruments to study regional geology and climate.

All products recommended by Engadget are selected by our editorial team, regardless of our parent company. Some of our stories include affiliate links. If you buy something through one of these links, we may earn an affiliate commission.