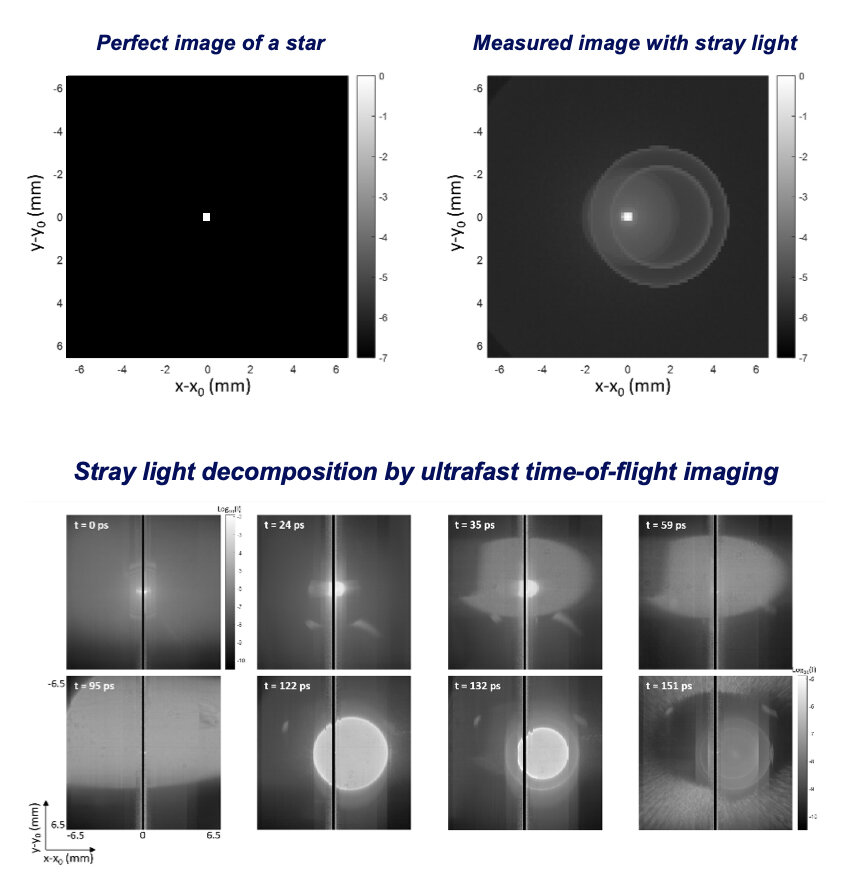 A team of researchers at the Liège Space Center (CSL) of the University of Liège has recently developed a method for identifying the contributors and origins of stray light on space telescopes. This is a major breakthrough in the field of space engineering that will help to acquire even finer space imagery and develop more and more efficient space instruments. This study was recently published in the journal Scientific Reports.

Space telescopes are becoming more and more powerful. Technological developments in recent years have made it possible, for example, to observe objects more and more into the universe or to measure the composition of the Earth’s atmosphere with ever-increasing accuracy. However, there is one more factor limiting the performance of these telescopes: stray light. A phenomenon known a long time ago, stray light results in light reflections (phantom reflections between lenses, scattering, etc.) that impair the quality of images and often cause blurred images. So far the methods to control and characterize this stray light during the development phase of the telescopes have been very limited, enabling ‘simply knowing’ whether or not the instrument was sensitive to the phenomenon, forcing engineers to review all their calculations. in positive cases, causing considerable delays in the operation of these advanced tools.

Researchers at the Liège Space Center (CSL), in collaboration with the University of Strasbourg, have recently developed a revolutionary method to solve this problem with a femto-second pulsed laser to send light rays to illuminate the telescope. “Stray light rays take (in the telescope) different optical paths from the rays that make up the image,” explains Lionel Clermont, an expert on space optical systems and stray light at CSL. Thanks to this, and with an ultra-fast detector (of the order of 10-9 seconds of resolution, i.e. a thousandth of a millionth of a second), we measure the image and the various stray lighting effects at different times. In addition to this decomposition, we can identify each of the contributors by their arrival times, which are directly related to the optical path, and thus know the origin of the problem. ”

The CSL engineers have now shown the effectiveness of this method in an article recently published in the journal Scientific Reports, in which they present the first film showing ghost reflections in a refractive telescope arriving at different times. “We were also able to use these measurements to invert ie engineer models,” says Lionel Clermont, “which will enable, for example, to build better image processing models in the future.” By correlating these measurements with numerical models, scientists will now be able to determine exactly the origin of stray light and thus act accordingly to improve the system, and by improving the hardware and with the development of correct algorithms.

More than just scientific curiosity, this method developed at the CSL could well lead to a small revolution in the field of high-performance space instruments. “We have already shown a lot of interest from the ESA (European Space Agency) and from industrialists in the space sector,” says Marc Georges, an expert in metrology and lasers at CSL and co-author of the study. This method responds to an urgent problem hitherto unresolved. “In the near future, CSL researchers intend to continue the development of this method, increase its TRL (Technology Readiness Level) and bring it to an industrial level. Industrial application is already planned for the FLEX (Fluorescence Explorer) project, a ground observation telescope, which is part of ESA’s Living Planet Program, and researchers hope to be able to apply it to scientific instruments as well.

A new laser to clean the sky of space debris

Granted by University of Liège

Quote: A revolutionary method for drastically reducing stray light on space telescopes (2021, 19 May) taken on 20 May 2021 from https://phys.org/news/2021-05-revolutionary-method-drastically-stray-space.html